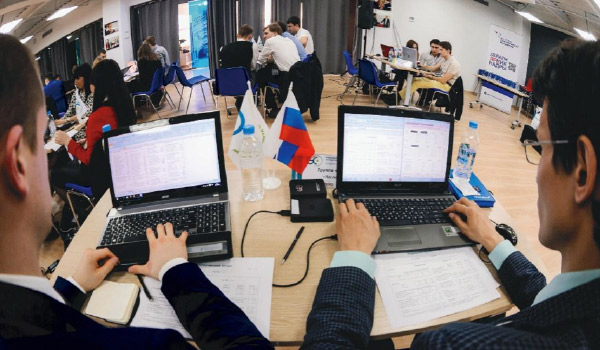 The Global Management Challenge’s Russian launch came in 2006, with 500 teams, a number that had grown to 1,200 by the tenth edition of the challenge.

The international dimension of the Global Management Challenge captivated Russia. In fact this is the currently one of the best markets for the challenge and also one of the most competitive. After China, Russia is the country that has entered the most teams, along with the achievement of having won 5 international finals in the last 10 years.

In 2006, this Portuguese strategy and management competition, created 37 years ago by SDG – Simuladores e Modelos de Gestão and the Portuguese weekly Expresso, arrived in Russia on the initiative of Vyacheslav Shoptenko, director of new technologies at RANEPA -The Russian Presidential Academy of National Economy and Public Administration, which is responsible for developing new courses and programs based on innovative methods such as business simulations.

The Global Management Challenge falls into this category as a management simulation where teams formed by students and executives lead a company and take strategy and management decisions in areas as diverse as finance and human resources. At each annual edition, teams compete against each in a first round. The best teams at this stage go on to the second round, which in turn produces 8 teams who compete against each other for the national final, which leaves only one winner. The performance is evaluated by the best investment performance of each company. Each year a world champion is chosen at an international final that brings together the national champions of the 30 countries where this challenge is present. “I took part in this event as part of a team of students in 2002 in Slovakia”, relates Vyacheslav Shoptenko.

That was when the idea to take the competition to Russia was born. Before the challenge could be hosted in Russia, it had to demonstrate its qualities. The selection was made by RANEPA and the Portuguese organization presented their product to the jury. Other competitors in the selection were a Spanish company and a German one, each offering their own management simulators. “After some time, we were told that we had been chosen. But what made the difference was our level of internationalization, and Russia was eager to participate in an international initiative”, explains Luís Alves Costa, President of SDG -Simuladores e Modelos de Gestão and founder of the Global Management Challenge.
First Russian edition

From that time on RANEPA has been responsible for organizing the competition in Russia, with Vyacheslav Shoptenko leading the process. “We had already noticed that in other Eastern European states, and then here too, there was enormous interest in anything that was related to the market economy. We signed the agreement and now Russia is the country with the second-highest number of teams each year, after China”, said Luís Alves Costa.
The first edition, which began in late 2006 and ended in early 2007, had 500 teams and over two thousand participants, since each team can have two to five people. In the tenth edition, 2015/2016, there were 5,500 participants and 1,200 teams. In previous editions Russia overtook China’s two thousand teams, but recently they have dropped back down to second place in this particular statistic.

More than half of the Russian teams are made up of students of economics and technical subjects while the other members are executives of SMEs, large companies, teachers and civil servants. Since the very first edition there have been two leagues, one among the universities and another for professional executives. The classic model was slightly modified to meet the needs of such a vast territory. In Portugal, the national competition each year is made up of two elimination phases and a national final. In Russia, “our league encompasses several sub-championships”, explains Vyacheslav Shoptenko. As and example he tells us that in 2015/2016 five regions had their own editions each with their own regional final.

In addition, students and executives from other regions of the country were able to participate at national level via the Internet. For the national final the eight best teams in each league (staff and students) are invited. A deviation from the classic model that the president of SDG justifies by the need to give teams in the various regions a chance to succeed and gain more visibility to the initiative, which has enjoyed the support of the National Strategic Initiatives Agency in Russia since 2011.
Five-time winners

In the opinion of Luís Alves Costa, the dedication of the Russians to this challenge is enormous, and is reflected in the excellent results in international competition. Russia’s first victory at this level was in 2008, a feat that was repeated in 2011, 2013, 2014 and 2015 (see box “The competition seen by the champions”). For Vyacheslav Shoptenko, winning is important but the real key is to appreciate its value as a training tool. He believes that both students and executives develop “strategy and management skills and learn to work together and take decisions in such disparate fields as production and marketing”. It also helps participants to decide whether or not to invest in a business of their own.
From another perspective, “the mention of a successful participation in the Global Management Challenge in a curriculum vitae gives a candidate the chance to stand out from the competition, and for those already working, it means they can communicate with other managers in the same business language”, he adds. Taking into account the success achieved in Russia, the local organizer wants to take this initiative to other countries in the Commonwealth of Independent States, which includes 11 republics of the former Soviet Union. First on the list is Kazakhstan. Confidence in this product also led RANEPA to sign an open-ended continuation agreement at the end of last year with the Portuguese organization.

VICTORIES
The competition seen by the champions.

For members of the teams that won the last three international finals of the Global Management Challenge (2013, 2014 and 2015), this was a learning experience in the business area where, among other things, they learned to work as a team, develop specific knowledge and demonstrate the Russian capacity for management.

Ruslan Sagitov led the winning Russian team at the 2015 international final. With a PhD in economics, he recalls that when he began participating in the competition he was still a student and was impressed by its international scale. To win was always his objective and on this mission he “developed analytical skills, learned to work together in a team and the importance of a strong working group”, he explains. The knowledge acquired and experience is what Alla Platonova, leader of the 2014 winning team, most valued from her participation.

She went on to say that the competition taught her to have a clear head and cold blood in management and in life, because you have to make decisions when confronted with challenges and if you make a mistake you have to find the causes rapidly and correct the situation. “When Russians are interested in something, they can move mountains and form highly efficient teams that get results,” she concludes. Perhaps this explains the excellent results that the country has achieved internationally. More than commitment, Vyacheslav Zyryanov, who led the 2013 winners, points to “persistence, a lot of training, talent and a coach who helps performance” as a recipe for international success in a challenge known as the “Olympics for Managers”. 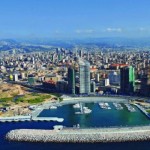 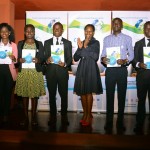