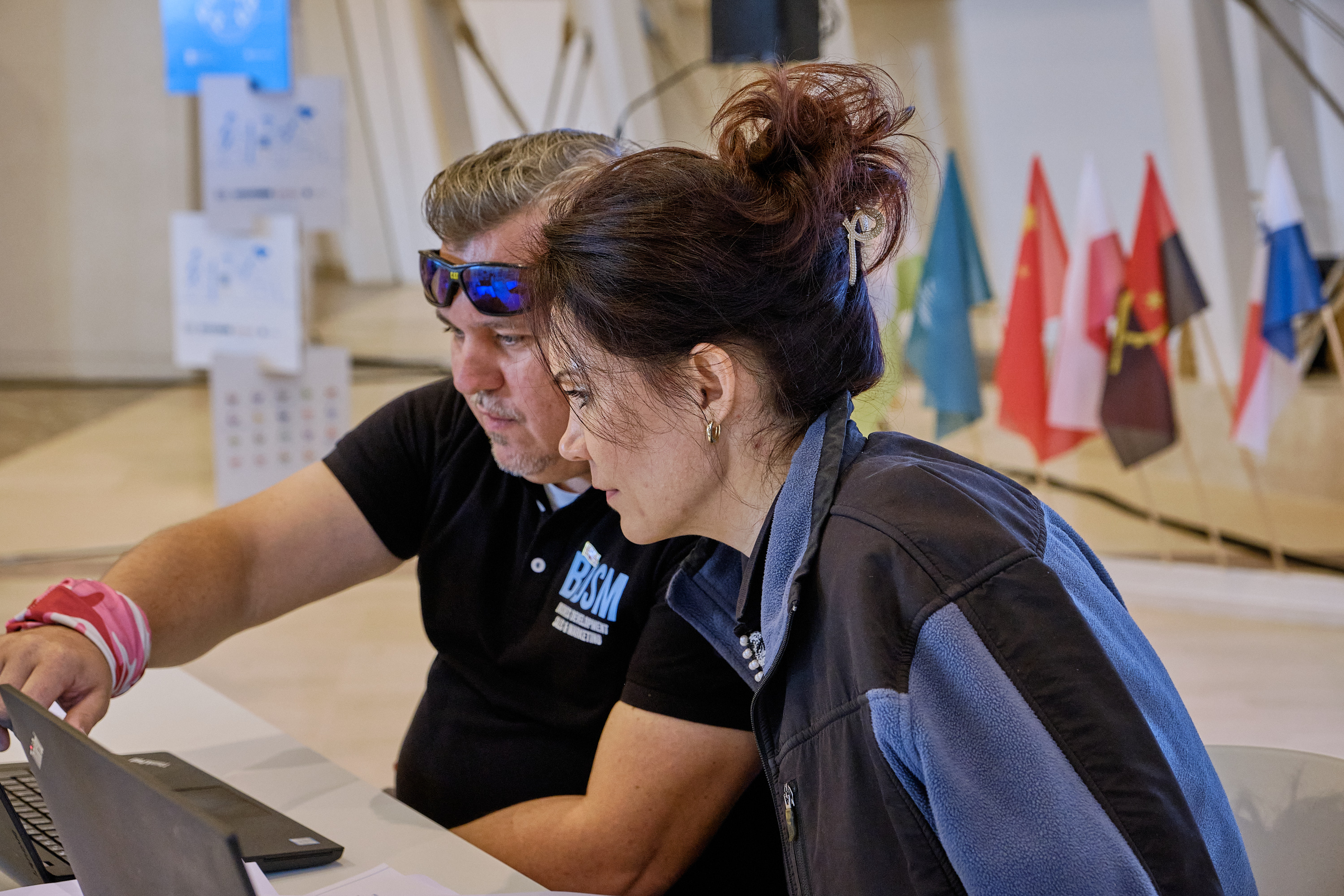 The winning team, from Georgia, composed by Alexander Shapovalov and Dinara Muratova. The country participated for the first time in this event and won its first international victory in this strategy and management competition.

The Georgia team won the international final of the 2021 edition of the Global Management Challenge. It was the country’s first participation in this strategy and management competition. 15 countries were competing for the GMC world title and this year Portugal ended up in the fifth position.

Santiago de Compostela, in Spain, hosted, on the 4th and 5th of this month, the international final. The event brought together the national winners of the countries where the competition takes place and always takes. In Spain, 15 countries were competing (20 were initially planned), with 10 doing it in loco and five online.

As is customary in the international finals of each edition, a semi-final was held, where the countries were randomly organized into groups. In the blue group competed Angola, Ecuador, Estonia, Georgia and Portugal. In the green group, Azerbaijan, Brazil, Colombia, Italy and the host, Spain. These two groups competed face-to-face. The third group, the red one, the teams competed online, included India, Macau, Panama, China and Poland.

During the semifinal, held on the 4th, the participants had to make five decisions, on areas such as marketing, finance, production and human resources, and only two teams from each group, the ones that obtained the best performance of their companies, passed to the final, which took place the next day. Portugal, Georgia, China, Azerbaijan, Spain and India competed in the final stage. In the very final, the teams once again had to make five management decisions and the team with the best performance in their company won.

AN INITIATIVE SPREAD ALL OVER THE GLOBE
The Global Management Challenge, organized by SDG for over 40 years in partnership with Expresso, is present in more than 30 countries. Its first edition took place in Portugal in 1980 and the internationalization started the following year, with Brazil. Since then, its international expansion has never stopped and it has partners on five continents. This year, after Russia, it was Spain’s turn to welcome participants from all over the world.

China has five international victories, but this year, as in the last edition, got once again the second place. India ranked third again.

“This is a competition of knowledge opportunities. We wanted to win. My strategy was: don’t think, do it and walk towards victory”, said Alexander Shapovalov, leader of the Georgian team, after learning of his victory. On the day of the final, he stated that the competition was not more difficult, but more interesting. They had the same scenario of the semifinal to work with and some of the teams epected some similarities. Even so, Alexander Shapovalov was confident on a victory, which came to be. “We are corporate employees, we have life experience and have management skills, which helps. But we had to be focused,” he explained.

This was Georgia’s first time in an international final of the Global Management Challenge. The Georgian leader said that “after this participation, the competition will grow in our country”. He owns a company and, making a parallel between real life and this virtual competition, stated that the most complicated thing in competition is “making difficult decisions in a short period of time. In my daily life I have more time and people around me who give me information and their opinion, and then I make the final decision, and that doesn’t happen here”. Even so, he must have made correct decisions with his teammate, as they won this challenge.

The second position went to China, with a team of students. Last year China was in the same position. “With this competition we better understand the entire operation of a company”, said Wen Lingyou, head of the Chinese team. After China was India, in third position, the same as last year, with a corporate team. On the day of the final, Senkguttuvan Jeyaramakarixhna, team leader, said that he expected a difficult and competitive day and that Portugal or Spain were favorites to win.

A result that did not materialize, as Spain was in fourth position and Portugal in fifth. “We felt the pressure as hosts to get a good result. The company history was the same, but it is very difficult to predict how the market will react”, said Antonio Tabanera Manzanares, from the Spanish team, formed by students, during the final.

In fifth place was the Portuguese team, composed by three EDP employees. Multicultural, this team included a Portuguese, a Polish and a Brazilian. “We are happy to have ranked in the top 5, we wanted to be on the podium, but it was not possible. But the experience was great, the friendships, networking and representing Portugal gave us the experience to see the company as a whole and make the best decisions”, revealed Cláudia Guterres Reis, from the Portuguese team. For her colleague, Andressa Bade, “the best part was meeting people from all over the world, which is a great learning experience”. For Katarzyna Zawadzka, and taking into account that the three elements of the team work in different geographies, this was an “opportunity to get to know each other in person”. For the Portuguese team the competition was stronger, hence the result obtained. On the day of the finals, with the same history as the previous day, they didn’t know whether or not to use the same strategy. In the semifinals, and facing an expanding company, they had bet on an investment strategy to generate profits.

The Azerbaijani team, also a corporate team and debuting in this final of the Global Management Challenge, managed to reach the sixth position

In sixth place in the league table was the Azerbaijani team, also debuting in an international final. Composed of five managers, Mammadli Elnur, its leader, stated that this challenge “helps the managers to look at the company as a whole, where we have to analyze everything to make decisions”. On the day of the final, and in front of teams he had already faced, he believed that the important thing was to “be creative, make decisions outside the box to make a difference and win”.

The GMC Spanish partner had the support of the Xunta de Galicia in the organization of this international final. In addition to the competition itself, it included visits to monuments and a walk along the Camino de Santiago for a few kilometers, as if the participants were pilgrims. Marta Fernandez, director of the Centro Superior de Hosteleria de Galicia, highlighted at the event the importance for the region of receiving this challenge, which “brings together the talent of different countries”. Alejandro Segura, president of the Global Management Challenge Spain jury, also accompanied the event. A former participant, he has fond memories of the international finals he participated in. In his opinion, “in the national final we learned how to manage a company, analyze and make decisions. But when it comes to the international stage, the best are the relationships that are created with those who have the same interests. I met people from all over the world and did business with some because of the Global Management Challenge”. 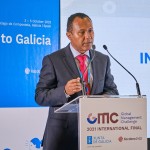 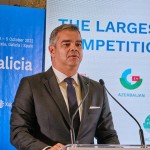